Has been with Ghost Inc. since the beginning and continues to faithfully produce content for the channel. Dr. Ubershadow prefers to play horror genre and point and click adventure style games, as well as Star Trek Online and Left 4 Dead 2 for the channel. He also provides reviews for all the games he plays. He is also a contributing driver in our weekly Euro Truck Podcast. Dr. Ubershadow M.D. likes to draw and crochet in his free time, creating amazing clothing designs and neat dolls based on game characters.

Has been with Ghost Inc. since it’s 2013 relaunch. iAndrewC prefers to play simulator and multiplayer games for the channel, most of his videos will feature additional Ghost Inc. members! He is best known for his narration of Dr. Ubershadow M.D.’s reviews which are posted every Monday, he also is the originator of the Euro Truck Podcast which also features JeffersonB and Dr. Ubershadow, where we talk about various technology and gaming news while “attempting” to “skillfully” driving trucks. iAndrewC is a Electronic Media graduate from Kutztown University and does as much production work as he can in his free time.

Has been with Ghost Inc. since mid 2014 debuting on the channel with his Kunai headset unboxing video. He prefers to play indie games for the channel in addition to his contributions to the Euro Truck Podcast. JeffersonB spends his free time doing production work at school as well as interning at church in Lynchburg, VA, while finishing his Youth Ministry degree.

Has been with Ghost Inc. since it’s creation, he prefers to play all types of shooter games, MMOs, MOBAs as well as various other games. Freelance currently works in tech support while finishing his Computer Science degree.

Check out our Steam Group

20% off at Green Man Gaming 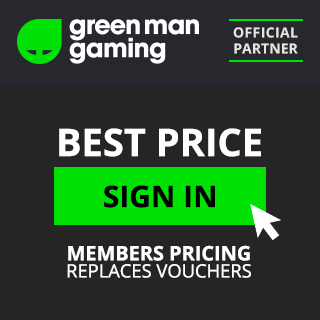